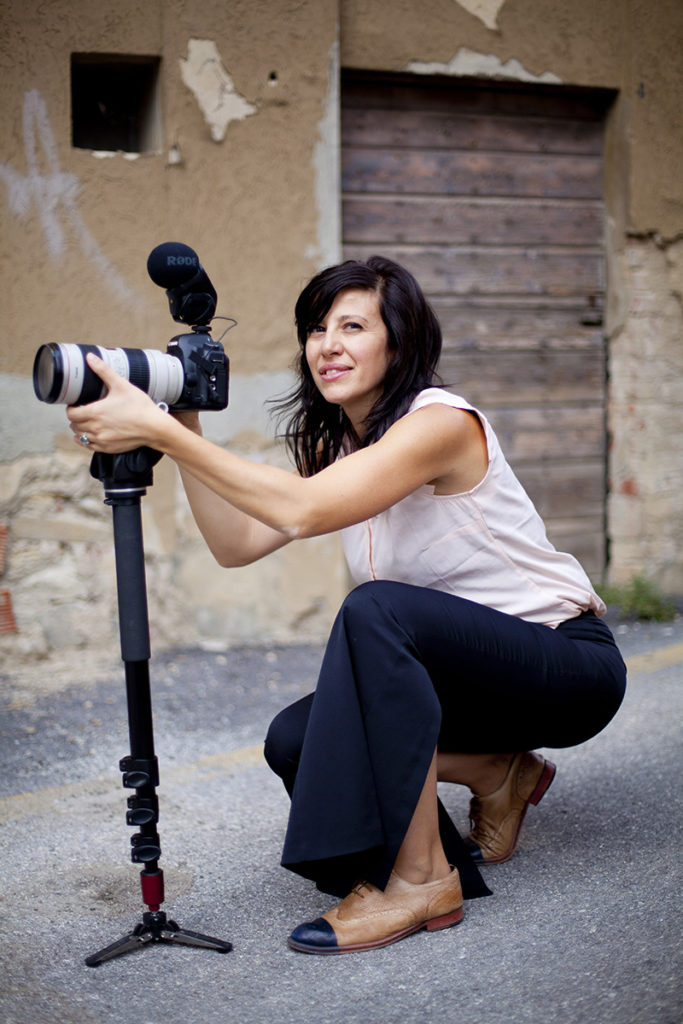 Over the years Tiziana has specialized in communication videos and has taken part in many courses of scenography and cinematographic film direction held by important masters in the field to increase her qualifications – and all this which brought her to the art of cinematic wedding videography.
Initially she produced short films and held courses herself for youngsters as part of both school and after school projects, making short films with the students. After that she held the role of executive producer in television productions and produced and took care of the scenography and direction of various television programs.

In more recent years Tiziana fell in love with wedding videography because of the possibility it gives, thanks to the full HD with high resolution and the use of high quality camera lenses, to make an actual film of the wedding. As an artistic choice she chose to create wedding videos using equipment of avant-guard, the same used in real film making, and destined now to wedding videograpy.
In December 2017 Tiziana won the Oscar for the category wedding videomaker at the Italian Wedding Oscars.

“The True Truth ” by Tiziana
“When in 2005 I took part in the course of film direction lead by Pino Fernandez Solanas I was particularly hit by those deep eyes which seemed to dig into your soul. Well, in my wedding videos, I aim to do just this, I try to capture the true truth, the little things that bind the couple, their most intimate and secret love. In other words not just a reconstruction of the event but a story made of glances, hugs, smiles and tears, gestures of affection which immortalised, will be a testimony of the love between bride and groom. A real film of the wedding day”.

This website uses cookies to improve your experience while you navigate through the website. Out of these, the cookies that are categorized as necessary are stored on your browser as they are essential for the working of basic functionalities of the website. We also use third-party cookies that help us analyze and understand how you use this website. These cookies will be stored in your browser only with your consent. You also have the option to opt-out of these cookies. But opting out of some of these cookies may affect your browsing experience.
Necessary Always Enabled

Any cookies that may not be particularly necessary for the website to function and is used specifically to collect user personal data via analytics, ads, other embedded contents are termed as non-necessary cookies. It is mandatory to procure user consent prior to running these cookies on your website.